The following document, which was obtained through the Freedom of
Information Law, is a memorandum from Mark Keegan, the Director of Quality Assurance and Investigations of the CQC (Commission on Quality of Care NYS) to Jan Abelseth of OMRDD (Office of Mental Retardation and Developmental Disabilities) revealing the “STAGGERING” number of INDICATIONS (Substantiated or Proven) cases of child abuse at the Anderson School, now called the Anderson Center for Autism, located in Staatsburg, New York, occurring during the tenure of the current Director, Neil Pollack, who began his tenure at Anderson in January of 2001. 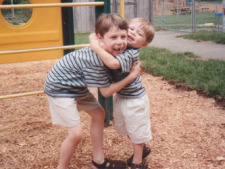